How do antibiotics work and its history?

Antibiotics disrupt essential processes or structures in the bacterial cell. This either kills the bacterium or slows down bacterial growth. Depending on these effects an antibiotic is said to be bactericidal or bacteriostatic.

AA bactericidal antibiotic kills the bacteria while the bacteriostatic antibiotics stops bacterial growth but does not kill the cells. The human immune system is then needed to clear the infection.

There are several different classes of antibiotics. These can have completely different bacterial targets or act on the same target but at a different place. In principal, there are three main antibiotic targets in bacteria: 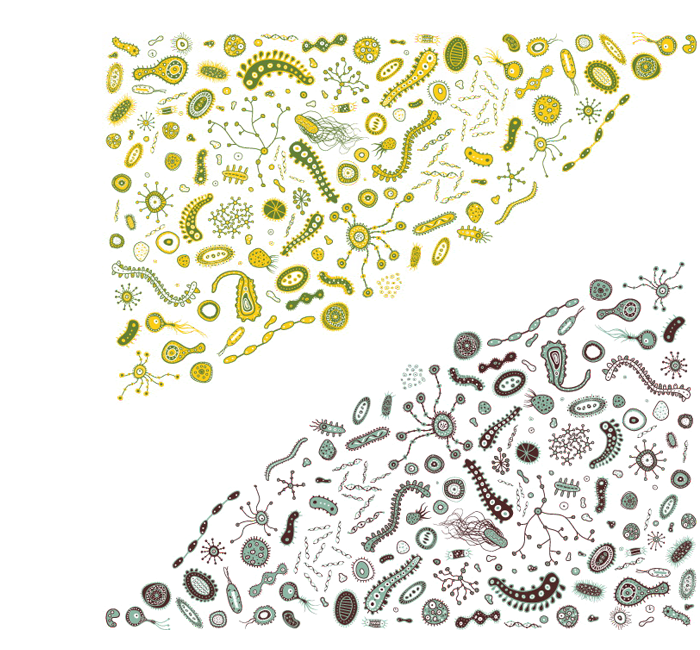 These targets are absent or different in the cells of humans and other mammals, which means that the antibiotics usually do not harm our cells but are specific for bacteria. However, antibiotics can in some cases have unpleasant side effects.

The first commercially available antibacterial was Prontosil, a sulfonamide developed by the German biochemist Gerhard Domagk in the 1930s. Before this, in 1928, Alexander Fleming had discovered the first antibiotic, penicillin, but it took over a decade before penicillin was introduced as a treatment for bacterial infections. This was possible through the work of Florey and Chain who managed to efficiently purify the antibiotic and scale-up production. The introduction of penicillin marked the beginning of the so-called “golden era” of antibiotics. Between 1940 and 1962, most of the antibiotic classes we use as medicines today were discovered and introduced to the market. Each class typically contains several antibiotics that have been discovered over time or are modified versions of previous types. There are for example numerous β-lactams (pronounced beta-lactams) such as different penicillins and cephalosporins.

We are running out of antibiotics. One large reason for why antibiotic resistant bacteria are attracting so much attention right now is that we have reached a point where there are hardly any treatment alternatives left for certain bacterial infections.

Resistant infections occurred also in the early days of antibiotic use, but a steady flow of new antibiotics provided alternative treatments. It was possible to simply switch treatment once resistance against a specific antibiotic became a major problem. But then the antibiotics stopped coming. The latest discovery of a new antibiotic class that has reached the market was back in 1987. Since then there has been a lack of innovation in the field, and today there are few novel antibiotic classes in the drug pipeline. The consequences are seen worldwide as more and more bacterial infections are becoming hard to treat once again.