Antimicrobial drugs are medicines that is active against a range of infections, such as those caused by bacteria (antibiotics), viruses (antivirals), fungi (antifungals) and parasites (including antimalarials). The availability of effective antimicrobial drugs are estimated to have added 20 years to life expectancy.

Antimicrobial resistance is the ability of microorganisms to continue to multiply uninhibitedly in the presence of antimicrobial drugs, making conventional treatment ineffective. AMR is the immunity of microorganisms, including bacteria, virus, fungi and parasites that cause infection in the human body, against antibiotics, antivirals, antifungals etc. AMR poses a growing threat to public health, as infections from resistant strains of microbials become increasingly difficult and expensive to treat, resulting in prolonged illness and greater risk of death. In the past, resistant infections were associated predominantly with hospitals and care settings, but over the last decade resistant infections have been seen in the wider community too. The overuse and inappropriate use of antimicrobials contribute to the acceleration, emergence and spread of AMR.

Resistance to antimicrobials is a natural process that has been observed since the first antimicrobial was discovered. However, AMR has increasingly become a problem in recent times because we lack new drugs to challenge these new superbugs. This results in us facing a growing enemy with a largely depleted weapon. 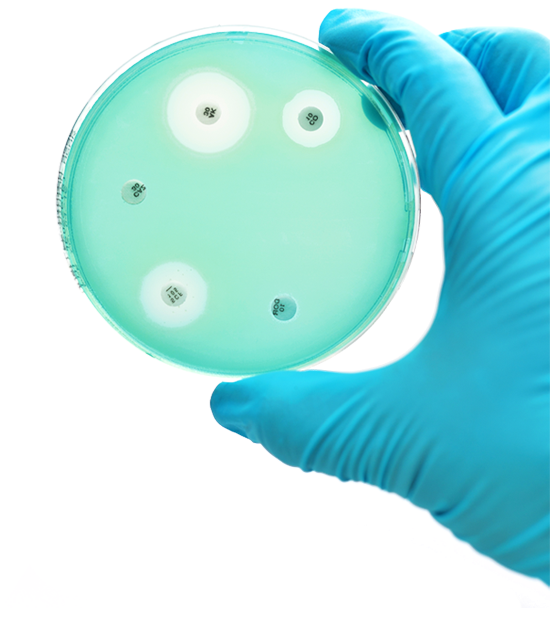 Deaths attributed to Antibiotic Resistance contributes a major part in Antimicrobial Resistance hazard. The issue of infectious bugs’ resistance to existing antibiotics emerged as a cause of serious concern in the light of very slow or almost no progress in the discovery of newer antibiotics.

Antibiotics are important medicines for the treatment of bacterial infections in humans and animals. Since their introduction in the 1940’s antibiotics have saved countless lives and have made many medical techniques possible or safer.

Difference between antimicrobials and antibiotics

There are many different compounds that can inhibit the growth of microorganisms, and many terms that are used to categorize such compounds. ‘Antimicrobials‘, ‘antibacterials’ and ‘antibiotics’ are commonly used terms that can sometimes be used interchangeably, but there are important differences between these words: